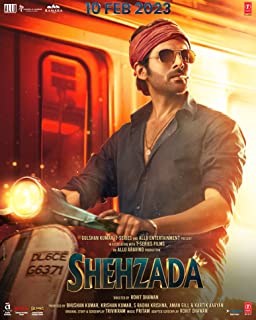 The beginning of principal photography was in October 2021, and it was over in January 2023. A lot of the film was shot in Mumbai, Delhi, and Mauritius. Pritam wrote the soundtrack album and film score. Additionally, it marks Aaryan's production debut as a co-producer. The movie will be shown in theaters on February 10, 2023.