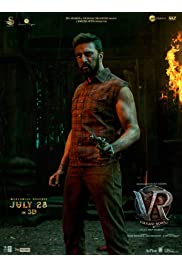 The film's story is set in a spooky spot called Kamorottu. The film begins with the homicide of a cop, and the sequential killing of children follows. Vikrant Rona (Sudeep) is relegated to tackle these strange passings. Who is behind this multitude of passings and how Vikrant Rona finds the chronic executioner shapes the remainder of the story.

Anup Bhandari and Sudeep were to team up on an undertaking named Billa Ranga Baasha; notwithstanding, the film was required to be postponed after Sudeep heard one more content from Anup. Sudeep chose to create the film with newbies playing the lead jobs, however subsequent to paying attention to the content, he chose to star in it himself.