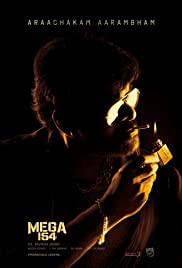 Waltair Veerayya, a well-known Vizag fisherman and smuggler, needs money to fight a case in court. CI Seethapathi approaches him and informs him of Solomon Caesar, a well-known drug lord who escaped from RAW's custody after murdering numerous police officers. Caesor's custody was overseen by Seethapathi, who is removed from his position. In exchange for money, he asks Veerayya to bring Caesar to India from Malaysia. Veerayya agrees to the deal and goes to Malaysia with his friends and the brother-in-law of Seethapathi. They make up a plan to kidnap Caesar after checking into a hotel Caesar owns.

Veerayya, on the other hand, misses the chance because he is taken aback when he sees Dr. Nithya and her daughter, Vaishnavi, where Nithya yells at Veerayya and takes the child away from him. Seethapathi follows Caesar on their own, without Veerayya's knowledge, when his brother-in-law becomes impatient, only to be caught by Caesar. Caesar is fooled into thinking that they want to make a drug deal with him when Veerayya shows up at the location, saving the day. Veerayya is later invited to Caesar's private party, where a group of masked assassins attempt to capture Caesar. Veerayya foils their plans, realizing later that the assassins are hotel employees.